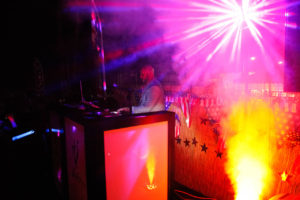 Owner and President DJ Pasha has begun inviting his clients and fans to share his headphones with the release of DJ Pasha’s Playlist Episode 1 in 2015. DJ Pasha’s vision is to let potential clients hear his voice on the microphone and share new music and artists from around the world. With radio being so repetitious and commercialized, DJ Pasha is introducing new artists and remixes direct from his programming. To find a website for his concept took a while but he found a home for his music on Mixcloud.com/DjPashaEntertainment.

Since 2015 DJ Pasha has released multiple Playlist Episodes and has built his Mixcloud page even larger with live and studio full mixes. Each of these mixes have a theme and story to take his listeners on a musical journey. With a strong passion for music, DJ Pasha daily researches sounds to perfect his mixes at events. By playing fresh and worldly tracks in his sets, DJ Pasha opens the ears of party attendees to brand new rhythms. Frequently asked what he is playing and who the artists are; DJ Pasha is now offering a new style of radio.

As the owner and most active performer of DJ Pasha Entertainment he believes showing clients how he sounds, mixes, and projects as an event’s master of ceremonies and DJ. By following DJ Pasha Entertainment on Mixcloud you will automatically be notified when DJ Pasha has a new release! Enjoy the party that never dies.

After throwing on a Mexican Wrestler Mask to DJ for WOW Women of Wrestling last year in Long Beach- DJ Pasha was asked to return! This time for the full taping of the promotions Season 5 at the beautiful Belasco Theatre downtown Los Angeles. With Dangerous DJ Pasha reserved, he organized a complete walk through and sound check at the Belasco prior. With his experience he made many suggestions into production and his placement. See we don’t look at our bookings to be as simple as playing music-we are performers. With that DJ Pasha wanted to be seen in costume, heard by the entire arena, and interact with every fan. The night of DJ Pasha arrived 5 hours before show time to ensure all went smooth. Dressed in a white tuxedo and matching Luchador mask, even the staff wondered who this mysterious character was! From his first song the energy burst to the ceiling and wall to wall. By doing his own research DJ Pasha was able to promote the media, matches, and merchandise all by pumping up the crowd. As the event was about to begin, DJ Pasha had everyone on their feet and dancing in anticipation. With over 12 matches and Dangerous DJ Pasha in the mix the theatre was electric. We have already been asked to have Dangerous DJ Pasha back for the Season 6 event! With every performance we supply the energy and excitement for your event’s success!